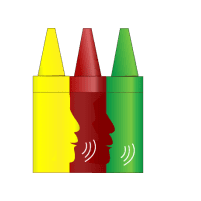 Autism spectrum disorder (ASD) causes social interaction and communication problems that, in severe cases, leave children and adults unable to talk or lead a normal life. If ASD is causing your child difficulties with communication, the expert speech-language therapists at Celebrations Speech Group in Brentwood, Stockton, and Elk Grove, California, can help. They provide compassionate care for anyone who has ASD and is experiencing communication problems. With their support, your child can better understand their condition and learn to communicate more effectively. Call Celebrations Speech Group to find out more or book an appointment online today.

What is autism spectrum disorder?

Autism spectrum disorder or ASD is a term for a range of complex brain processing issues that affect areas like socialization and communication.

Children and adults who have ASD tend to display identifiable behaviors. However, the severity and scope of ASD can vary enormously, which means your child could fall anywhere along the spectrum.

Children at one end of the spectrum can have such severe autism they're unable to communicate or socialize with people at all. At the other end of the spectrum, people with ASD might appear to be leading a normal life but have difficulties in areas that they view differently or don't understand.

How do I know if my child has an autism spectrum disorder?

There isn't a simple way to test for ASD, so observing your child's behavior is the only way to assess their condition. If they're severely affected by ASD, their response is likely to differ from their peers.

However, as you go down the scale of ASD, identifying the condition becomes more challenging. Many children and adults exhibit ASD traits, but that doesn't mean they have a clinical condition requiring treatment.

You might read that children with ASD are late to start talking. Some children who have ASD don’t begin talking as early as their peers. However, many children who aren't autistic may have delayed speech, as well.

What signs should I look for that could indicate ASD?

Some of the signs that might indicate your child is on the autism spectrum include:

There are many other possible indicators of ASD. If you're concerned that your child has any symptoms of autism, it's essential to have a professional evaluation. The Celebrations Speech Group can help you with this.

What treatments are there for autism spectrum disorder?

ASD isn't a condition you can cure, as it's a part of someone's individual makeup. However, there are ways to help children and adults cope with having ASD and reduce the stress they might feel.

For instance, children might need specialist tuition to cope with their schoolwork, extra time to complete tasks, and plenty of routine to their day.

Communication is usually one of the main challenges for people who have ASD. The speech and language therapists at Celebrations Speech Group can provide valuable support for anyone on the autism spectrum.

If you or your child needs help with speech and language, call Celebrations Speech Group or book an appointment online today.